Leaders Commit to Regional Cooperation on Carbon Pricing in the Americas

December 12, 2017
Paris, December 12, 2017 – Today, on the occasion of the One Planet Summit, government leaders of Canada, Chile, Colombia, Costa Rica, México, the Governors of California and Washington, and the Premiers of Alberta, British Columbia, Nova Scotia, Ontario and Quebec launched the Carbon Pricing in the Americas cooperative framework.

Recognizing that climate change is a global, national and local threat, these American leaders are reaffirming their commitment to the Paris Agreement by pledging to implement carbon pricing as a central policy instrument for climate change action; deepen regional integration of carbon pricing instruments across the hemisphere; and develop carbon policies that support competitiveness, encourage innovation, create jobs, provide healthy environment for their citizens, and deliver meaningful emissions reductions.

With this declaration, leaders from across the continent introduce their shared vision of regional cooperation on carbon pricing in the Americas and commit to collaborate towards strengthening systems for measurement, reporting, and verification (MRV) of greenhouse gas emissions with the ultimate goal of setting the necessary foundations to link their carbon markets.

This renewed commitment to share lessons and improve technical capacity around carbon pricing, comes at a pivotal time: with eight new or enhanced carbon pricing initiatives in place since early 2016 – three quarters of them in the Americas (Colombia, Chile, and several Canadian provinces)– there are now 42 national and 25 sub-national jurisdictions putting a price on carbon emissions.

Today’s declaration builds on the sustainability commitments established by member countries of the Pacific Alliance and the ongoing efforts of Canada and California to accelerate efforts towards clean growth, and will allow countries in the region to address the climate challenge using the most cost-efficient path: collaboration.

Going forward, the working group, Carbon Pricing in the Americas (CPA) will serve as a platform for cooperation among jurisdictions and, with support from varied stakeholders – including, businesses, financial institutions, nongovernmental organizations, and civil society – will aim to identify opportunities to increase alignment of carbon pricing systems and promote carbon markets that build on already successfully implemented initiatives, such as the Partnership for Market Readiness (PMR), among others.

The Carbon Pricing of the Americas collaborative platform drives action to strengthen the implementation of carbon pricing as a central policy instrument for climate action and the shift to clean energy, innovation and the promotion of sustainable economic development. This initiative strengthens the alignment of carbon pricing systems and introduces harmonized systems for measurement, reporting, and verification (MRV) of greenhouse gas emissions, as a necessary foundation for regional cooperation, and development, of carbon markets within the Americas.

Our economies cannot deny climate change and its impact on people’s lives. By implementing a carbon price, we allow market forces to push climate action at a lower cost. When economic and environmental objectives are aligned, sustainable development is inevitable. For this reason, we are happy that carbon price is spreading across the Americas, this way more people will benefit from climate mitigation.

“The pilot phase of our carbon market is scheduled to initiate on the second half of 2018. This is an unprecedented step in Mexico and Latin America. By adopting this Declaration, we recognize the enormous potential of collaboration in the continent, to continue broadening, deepening and linking our carbon markets.”

“Carbon pricing can help stimulate innovation; encourage businesses to reduce emissions; and support global efforts to address climate change. Canada understands that a clean environment and a strong economy go hand-in-hand. Cooperation among governments in the Americas supports the competitiveness of our economies, the protection of our environment, and the well-being of our citizens.”

“California has put a price on carbon and at the same time our economy has grown to the 6th largest in the world. We’ll work with states and countries across the Americas – and beyond – to expand the effort.”

Carbon Pricing is a one of the most important economic instruments for Colombia and is part of our National Climate Change Policy. We recognize the importance to strengthen the technical dialogue between our governments in order to enhance the climate action in our region.

“Costa Rica has a long history of recognizing the economic value of environmental services as key aspect of our environmental policy, both at home and abroad. We are proud to adopt this Declaration and look forward to continue working with our friends and colleagues to find ways to strengthen the connections between carbon pricing, transparency and ambition in support of the goal of the Paris Agreement.”

“Fighting climate change is about saving our whole planet. We have to be in this fight together. Through cooperation we can have the most impact at the lowest cost. The Carbon Pricing in the Americas Cooperative Framework is another huge step forward. It shows that we will not let future generations suffer the consequences of inaction. Together, we will win this fight.”

In Québec, we chose a carbon market because it is the most flexible and efficient economic tool to guide businesses in the energy transition and to reduce greenhouse gas emissions in all sectors. Today, Québec, California and Ontario, together, make up the second biggest carbon market in the world. Our market has inspired many others and is a carbon pricing tool shared with a growing number of partners in the four corners of the globe. In joining this Declaration, Québec adds to the many actions, partnerships and alliances that have been created to support the introduction of a price on carbon in the world’s economies, and in particular, to promote carbon markets.

Quotes from leaders supporting Carbon Pricing in the Americas:

“I acknowledge these regional leaders for laying the foundation stone for a multilevel cooperation on carbon pricing. It sends a clear signal and shows that working together can deliver concrete results to achieve major and ambitious goals following the Paris path.”

“As the world comes together to reaffirm its commitment to the Paris Agreement, we welcome the Carbon Pricing in the Americas cooperative framework. Carbon pricing provides the most stable, cost-efficient and predictable path for transitioning countries toward low-carbon economies. The World Bank Group stands ready to support countries in the Americas as they work together to implement carbon pricing for ambitious climate action.”

“Carbon pricing can unleash innovation and provide the incentives that industries and consumers need to make sustainable choices. As we strive for greater ambition in implementing the Paris Agreement, I urge all governments and stakeholders to ramp up action on this key instrument for meeting the climate challenge and seizing the opportunities of a resilient and low-carbon future.”

“Carbon pricing is a powerful tool for collaboration and translating urgency into action. Launched on the 2-year anniversary of the Paris Agreement this initiative could not be more timely and shows that the political will for climate action in the Americas remains strong”

“Carbon pricing is a critical quantum jump for the much-needed transformation to a low-carbon future. The Carbon Pricing of the Americas platform will unleash market forces to drive climate innovation and solutions. This unique initiative should lead the Global Coalition for Carbon Pricing as was called for in 2015 by the Paris Climate COP President Hollande.”

Kofi A. Annan, Chair of the Kofi Annan Foundation, former Secretary-General of the United Nations

“I welcome this engaging initiative for climate change action. By putting a price on carbon, we are setting the right incentives to green our economies and accelerate the shift towards clean and efficient sources of energy.”

“The collaboration of leaders across the Americas is an important milestone. A famous expression is “If you want to go fast, go alone. If you want to go far, go together.” Fortunately, when governments collaborate on carbon pricing, this incentivizes the private sector to go not only further, but faster too! Many companies in the Americas are already future-proofing their business by putting an internal price on carbon, and I would encourage more to join us. At DSM, we apply already an internal price of €50/ton CO2. A price on carbon unlocks the potential of the private sector, like business and investors to contribute more and faster to addressing climate change by ensuring an economic incentive.”

“IETA wholeheartedly supports the commitment of governments across the Americas to form a cooperative framework to integrate their carbon markets in the future. The rising interest in market based solutions around the world will help mobilize business to advance the Paris Agreement’s goals while preserving competitiveness. IETA congratulates the signatories for their vision and pledges to help the signatories meet the objectives of this important declaration.”

“Coming two years to the day after the Paris Agreement was adopted, the Carbon Pricing Declaration of the Americas shows what the Paris accord made possible: A new model of international cooperation that brings countries together with states and provinces to raise global ambition on climate action and move the world closer to a future of low-carbon prosperity. Carbon pricing is already working to reduce greenhouse gas emissions and spur clean energy innovation in California and Quebec. This declaration paves the way to spread those benefits throughout the Americas, positioning the region as a leader in the fight against climate change. Environmental Defense Fund applauds the signatories for their leadership and looks forward to supporting the implementation of the Declaration.”

“This commitment by Heads of Government to implement carbon pricing throughout much of the Americas is both bold and very welcome. We expect, in the medium to long run, it could drive efficiency and economic benefits to all countries involved as they seek to reduce carbon dioxide emissions. The creation of a cooperation platform and the expansion of the underpinning carbon markets is exactly the sort of ambitious outcome that Article 6 of the Paris Agreement is seeking.”

“Putting a price on carbon is clearly the key decision-making signal we need to make the right choices and meet the less-than-2°C Paris Agreement target. We definitely welcome and associate with this declaration.”

“Carbon pricing plays a foundational role in driving investments around climate action. PG&E was an early proponent of carbon pricing through California’s multi-sector cap-and-trade program, and we strongly support the adoption of carbon pricing in other jurisdictions to mitigate the climate impacts that continue to occur. We look forward to working with key stakeholders in strengthening international and regional collaboration on this issue in the years ahead.”

“Carbon pricing is an important part of the toolkit to manage carbon emissions and drive low-carbon investment in a market friendly and cost-efficient manner. By putting in the building blocks for future carbon market linkages like this, the governments of California, Chile, Canada, Colombia, Mexico and Peru are demonstrating their leadership on climate change and their desire to create the right incentives for forward-looking companies and investors. We look forward to supporting them in making this carbon market in the Americas a reality”

“Climate change is a global threat that affects all economies. An emissions trading system is one of the most cost-effective and smartest way to tackle climate change, strengthen and preserve our competitiveness. Linking our markets under the Carbon Pricing in the Americas will be key to reduce costs and provide flexible mechanisms to all companies throughout the region. We welcome this initiative and hope to work together to secure the development of sound carbon markets”.

We welcome the efforts of Chile and other American countries, and jurisdictions, that culminated in the creation of the Carbon Pricing in the Americas initiative and we call on political leaders, legislators and business peers, nationally and internationally, to show their leadership and commitment to climate action and sustainable development, and we commit to work together with them to achieve the objectives of the Paris Agreement. 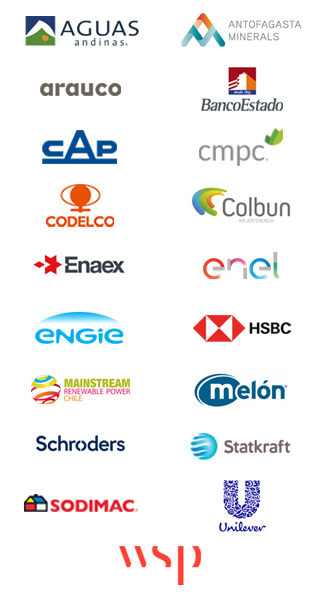 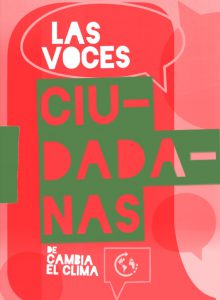